Ikea Has Been Around a Long Time!

Posted by Martin Berman-Gorvine at 7:46 AM No comments:

Go Back in Time and Erase This Season!

The new season of Dr. Who is off to a disappointing start. I don't have any beef with Peter Capaldi as a Scottish-accented Doctor, though I do wonder whether another "regeneration" is in store for him if Scotland votes for independence on Thursday.
Episode 1, which aired (I was going to write "erred") August 23, featured a dinosaur stomping around the Thames in Victorian London until some "rubbish robots from the dawn of time" blew it up and made it into liverwurst, whereupon Charles Dickens wrote, "It was the beast of Thames, it was the wurst of Thames." OK, I stole that joke, but they stole the plot of Fantastic Voyage (the 1966 movie and Isaac Asimov novelization) for the second episode (August 30), in which our heroes were miniaturized and injected into the Doctor's nemesis cyborg antagonists, the Daleks, for a "Fantastic Voyage into a Dalek's Brain." Come to think of it, the writers even stole from themselves the concept of the "good Dalek," which David Tennant and Billie Piper already squeezed all the juice out of several years ago. And then in the third episode (September 6, thanks for ruining my birthday, Doctor), Clara tells the Doctor she wants to go to see Robin Hood, only there are these robots and a spaceship disguised as a castle, you see, but not to worry, because the giant Batman Action Figure comes along and helps the Doctor by smashing the Lego castle.
Well that's what it felt like, anyway--as if the first three episodes were written by some not-very-imaginative third graders. Episode 4 (September 13) was a little better, reviving the creepy theme of the Man Who Wasn't There, but they tried to cram too much into it. Like liverwurst, I suppose. 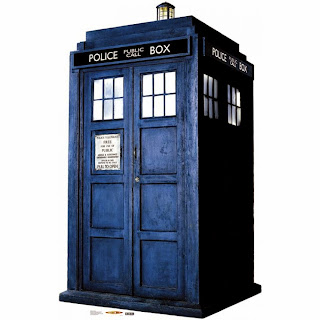 Your plot holes are bigger on the inside than they are on the outside, Doctor.
Posted by Martin Berman-Gorvine at 8:28 AM No comments: 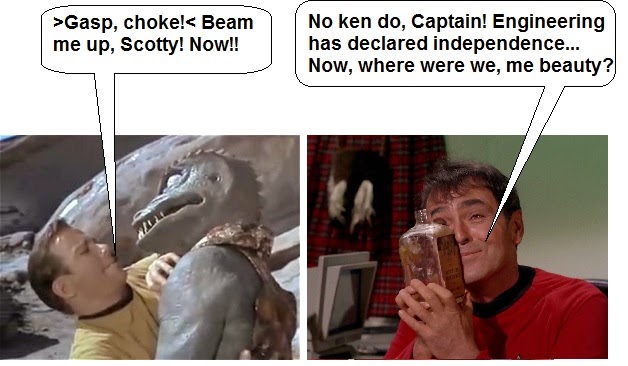 Posted by Martin Berman-Gorvine at 8:26 AM No comments:

Posted by Martin Berman-Gorvine at 11:23 AM No comments:

From my novel in progress, Heroes of Earth: "As soon as the final bell of the day rang, Arnold shoved his books in his locker, took his empty backpack and ran. So he wasn’t going to do his homework tonight, so what? School wasn’t his job anymore. Being a full-time Resistance fighter was. There’d be plenty of time to catch up, after the Revolution, when the Slugs were all kicked out."
Posted by Martin Berman-Gorvine at 9:41 AM No comments: