Our Feathered Friend, T. Rex, And Other Shockers

If you think you learned everything worth knowing about dinosaurs when you had that unit in fourth grade, have I got a surprise for you.
Steve Brusatte's The Rise and Fall of the Dinosaurs: A New History of a Lost World is full of shockers about the way dinosaurs are understood. The past generation has seen myriad new species discovered and major changes in the scientific understanding of these beings that ruled the Earth for over 100 million years, changes that pop culture hasn't begun to comprehend. Even if you are somewhat better informed than average, you will find yourself astounded by such discoveries as that many or even most of the dinosaurs were feathered (including T. Rex!), warm blooded, fast-moving, and relatively intelligent.
Oh, and not only are birds true-blue dinosaurs, they belong to the same group, the theropods, as T. Rex, allosaurus, and many of the other most fearsome dinosaur predators. I challenge your imagination NOT to be stirred by the thought of that relationship, or of how alien the Earth was when dinosaurs first evolved and all the land in the world was lumped together in one giant continent.
Accompanied by gorgeous illustrations and Brusatte's infectiously vigorous prose, this book is a must-have for anyone who has ever wondered what life was like before that asteroid put an end to the real Good Old Days. Five "Phoboses" 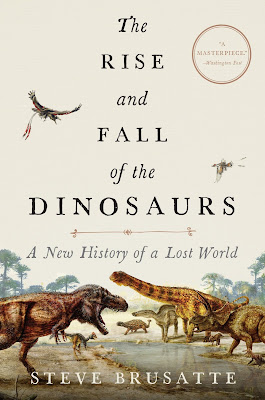 Posted by Martin Berman-Gorvine at 10:23 AM No comments:

After reading Nancy Isenberg's thorough, and thoroughly depressing, White Trash: The 400-Year Untold History of Class in America, one can only reflect glumly that if the American elite had spent a quarter as much energy trying to eliminate poverty as they did thinking up insulting terms for poor people, we'd be living in a much better country today.
The book rose to prominence in the wake of Donald Trump's election, as if it were a Rosetta Stone for decoding the meaning of that event. Yet using class as a monocausal explanation for any such historical event is questionable, and the importance of the "white working class" in particular in electing Trump has been hotly debated since 2016. Sales of White Trash were undoubtedly boosted by this link, but this book would be an important one no matter who was elected president in 2016.
The title is slightly misleading because the book is not a complete exploration of America's class structure, but rather of the triangular relationship between elite white people, poor whites, and African Americans, and how this influences national politics. Isenberg comes as a mythbuster determined to destroy the legend of the American dream and equal opportunity for all, which is rather like exploding stationary clay pigeons once the evidence is marshaled. Certainly no student of American politics can fail to see all sorts of connections between the public image of a contemporary figure like Sarah Palin and all kinds of half-remembered figures Isenberg discusses, from Davy Crockett to Billy Carter.
I'm left with two major questions. On Isenberg's evidence, it's little better than wishful thinking to associate American founders such as Ben Franklin and Thomas Jefferson with the ideal of social equality. But is the persistence of this ideal in American politics and government only a hollow hypocrisy meant to legitimate the position of the elites? If so, why has it attracted such passionate devotion in America and around the world in the past two-and-a-half centuries?
The other issue, perhaps less important, has to do with the views Isenberg herself holds of poor whites. Are they merely victims of the white elites? Patsies who are willing to oppress their black brothers and sisters in exchange for not challenging the position of their white "superiors"? People with their own culture and history who accordingly deserve respect? It's puzzling to complete a major work such as this and be left with little idea of what the author thinks about its putative subject. 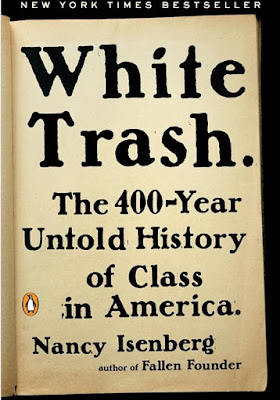 Posted by Martin Berman-Gorvine at 9:57 AM No comments:

Free Copy of "Day of Atonement"

My publisher, Silver Leaf Books, is running a promotion where the e-book of Book 3 of the "Days of Ascension" series, Day of Atonement is free, until Wednesday, June 27.
Cheers, 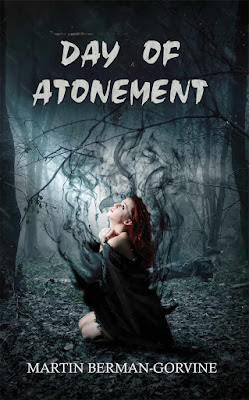 Posted by Martin Berman-Gorvine at 6:57 PM No comments:

At this point in the history of our culture, no one should need to be reminded that girls can be as amoral as boys, but the three short stories in the mini-collection Mean Streaks: Three Short Mysteries, by Kimberly G. Giarratano, provide that reminder anyway. The best is the last and longest story, "Peach Party Dress," a classic murder-mystery setup with a closed cast of characters at a house party, updated to feature some truly awful teenagers and lots of heedless sex. My favorite quote: "He’s got that devil-may-care attitude in that he doesn’t give a shit about anyone but himself."
Five "Phoboses" 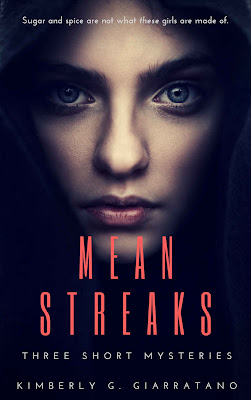 Posted by Martin Berman-Gorvine at 11:04 AM No comments:

A Read Vital to the Survival of Our World

Daniel Ellsberg, who ought to be a hero to all Americans for his role in exposing the lies that led to the catastrophe of the Vietnam War, presents his insider's knowledge of an infinitely greater catastrophe that has been waiting to happen for the better part of a century: global nuclear war between the United States and the Soviet Union/Russia--in The Doomsday Machine: Confessions of a Nuclear War Planner.

Ellsberg rightly calls the nuclear arsenals possessed by our two countries a dual Doomsday Machine that would lead to the extinction of all or nearly all human and animal life on Earth if ever put into operation--and he points out that the U.S. has used nuclear blackmail dozens of times since the atom bombing of Hiroshima and Nagasaki. Don't imagine, either, that the danger has gone away in the twenty-five years since the Cold War ended.

I will never forget how almost thirty years ago my late grandfather, a World War II veteran, told me the civil disobedience of the Berrigan brothers against America's nuclear arsenal was justified. We the people must put an end to this madness, before it puts an end to us. 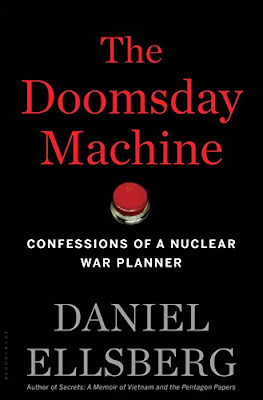 Posted by Martin Berman-Gorvine at 12:50 PM No comments: