What Is Strength, and Who Is Strong?

Reflections is a stunning YA fantasy novel that will make you rethink everything you thought you knew about the hidden wellsprings of strength among those who feel they are victims at the mercy of a cruel world, and the hidden weaknesses of those who appear powerful and self-confident. It will also make you ponder the meaning of the current pop cultural obsessions with "superpowers"-in this novel, shapeshifting. The protagonist, a teenage girl named Rama, is an outsider, a member of a close, loving Indian family who run a restaurant in a small West Virginia town. As the novel opens, she is hiding a terrible secret: she was raped and is too terrified and ashamed to tell anybody. She is also contending with grief and fear as girls her age who are her friends and classmates are being murdered by a serial killer. Then she encounters a band of shapeshifters out in the forest, and everything will change for her.

Shapeshifting is of course a wonderful metaphor for the identity shifts that come with adolescence, and you will cheer Rama on every step of the way as she learns to change who she appears to be... and also learns who she really is. 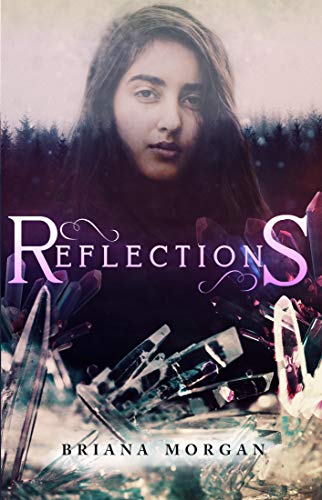 Posted by Martin Berman-Gorvine at 9:10 AM No comments: