Interview at Dab of Darkness!

Go to Dab of Darkness for an interview and book giveaway! http://dabofdarkness.com/2015/07/26/book-giveaway-interview-martin-berman-gorvine-author-of-heroes-of-earth/
Posted by Martin Berman-Gorvine at 9:44 PM No comments:

Cellar Door Lit Rants & Reviews has a nice review up. 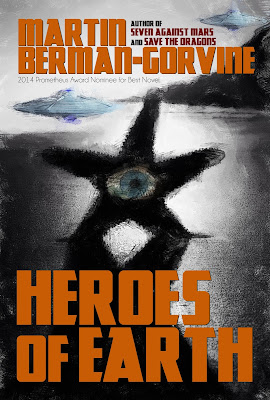 Posted by Martin Berman-Gorvine at 7:15 AM No comments:

This fast-paced novella is told in the voice of Hallie, a teenage "weaver" whose magical powers enable her to close dangerous gaps between our world and others where ferocious people-eating monsters lurk. I was intrigued by the democratic idea that all human beings have magical powers but only some will be called to develop and use them to guard our world, either as weavers, "warlocks" or "warriors"--all three categories open to both sexes, though people in their teens and early twenties are generally the best at using them. Not too different from the usual age of soldiers in the real world, one might add. McAdam captures perfectly in the character of Hallie that tension between rebelling against and desperately wanting the approval of one's elders that is so typical of adolescence. And the remarkable thing about her lesbian relationship is that it's so unremarkable--the differences in sexual desire really make so little difference in what's really important and special in human relationships. My only critique of this satisfying adventure story is that there is too much explication front-loaded into the first chapter. I urge readers to get through it to the fun and thrills that follow.
Three Phoboses (out of three) 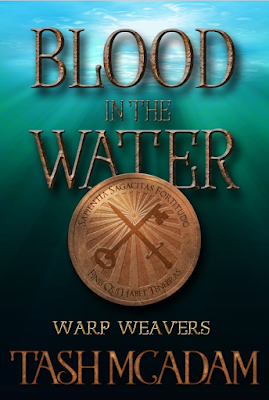 Posted by Martin Berman-Gorvine at 10:16 AM No comments: